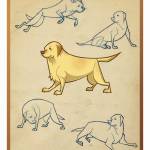 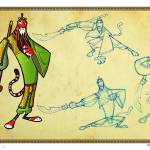 Robert Tsai, Chino Hills
Member Since June 2013
Artist Statement Passionate about drawing and designing characters, Robert Tsai has made it his interest to use simplicity as the chosen style to capture the essence of his subjects. His love of animals is often shown throughout his sketches, and his interest in Chinese cultures and characters are becoming a base of his recent creations.
Currently, Robert just finished a collaborative comic book titled, “Unforeseen Voyage” where his story is featured as the second part of the comic. Until today, Robert has done a variety of character, product, and logo freelancing design works with B.E.T. studio on-line animation development department, Japanese Domestic Motor Group, and XFX Technology graphic card company.
When he has free time, he likes to take his family out for some random fun stuff as well as to play with his beloved dog, Lola.
You can see samples of Robert’ design at http://artofroberttsai.blogspot.com.
Read More
Community
Comments
Catalog Details