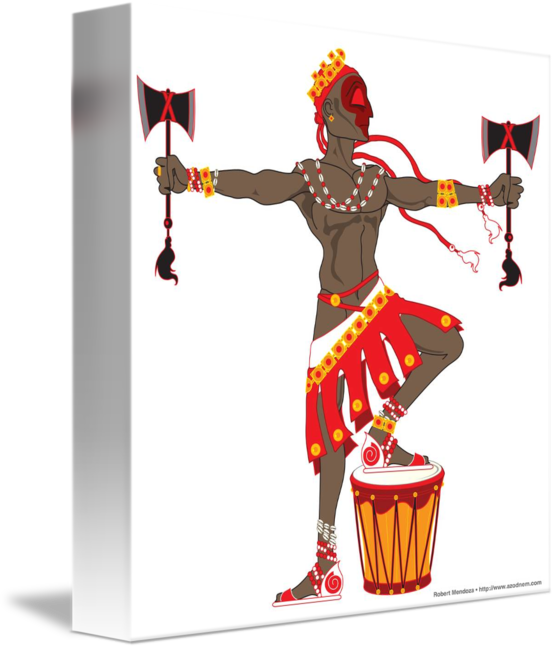 Availablity Usually ships within five business days.
Artist Roberto Mendoza Platinum Member
Collection SimplyDivine
Description Chango is a god of thunder, and the ancestor of the Yoruba people of Nigeria. Chango was envied for his vast magical powers, but was feared because whenever he spoke, fire would shoot forth from out of his mouth. Chango is a son of Yemaya, queen of all the oceans and the mother goddess of the Orishas. He was known to have had three wives: Oya, who fearlessly stole the secrets of Chango's magic in an attempt to save him from his enemies; Oshun, the beautiful river goddess of love, who is his favorite because of her culinary abilities; and Oba, who desperately tried to win his affections by offering her own ear for him to eat.