Trade professional? We'd love to work with you! Learn more...

Bev and Will Callender

Current Gallery: coquina ( piece)
These twenty-five images were taken within a thousand yard stretch of beach before the Surf Clubs complex of Matanzas Shores, on A1A in Palm Coast, Florida. A mile to the north is Marineland and the St. Johns county line. A mile to the south is Washington Oaks State Park, featured in most Florida and Flagler County sources as the best place for the public to view coquina at a place called “The Rocks.” Coquina is a soft, permeable limestone composition comprised of fragments of shells. The coquina in Palm Coast, known as ‘The Anastasia Formation.’ is a cemented composition made up of a mixture of sand (quartz) and mollusk shells, including clam, oyster, and snail shell. The Spanish quarried coquina as a building material on Anastasia Island, only steps away from the present amphitheatre, to build the Castillo de San Marcos in St. Augustine from 1672 to 1695. They had used coquina as a building material in Florida for over 400 hundred years, from the time of the foundation of St. Augustine as a city by Pedro Menendez in 1565. The Anastasia Formation of coquina is part of the Atlantic Coastal Ridge, a Pleistocene age barrier island that runs practically the length of Florida, but is most fully exposed in the area from Duval to Palm Beach County. The coquina exposed on the beach in front of the Matanzas Shores complex can only be described by an imaginative photographer as sculptural. One has no problem thinking of the shapes carved by the Atlantic Ocean as liken to an alligator, dolphin, table, canine, shark, or duck, all likenesses I use to describe particular pictures in the gallery. These large strange shapes, as well as nondescript ones, suggested a theory that might not be scientifically true, but turned out to be helpful in organizing the gallery. The theory in a nutshell is this: the wave and water patterns on the beach seem unusual (thus 7 images of the waves), the weird coquina structures cause the wave and water patterns to be unusual (thus 8 images of the coquina structures), and the resulting water on the beach after the waves crash has to return to the sea through every strange gravity-determined pattern known to physics (thus 8 images of water returning to the sea), since the water has to go around, through, and over these coquina structures. I present the images in this series, so described, with an image of the inspiring walkway that completes two of the walking trails at Washington Oaks State Park. The other conclusion the gallery images suggest is the persistence of Pleistocene aged shells in trying—with the help of the ocean’s great force—to free themselves from the coquina and, likewise, the astounding tenacity of living mollusks trying to hang on to the coquina between tides. The ancient, formerly alive shells and the nascent currently alive shells appear identical in all respects to the naked eye, although separated by more than a million years. It’s a story about time and life on this planet, and it brings we the living as witnesses and learners into the plot. This gallery is of images that the inkographer ruled too good or too hard to improve by ink work. So they are photographs, but not inkagraphs. We hope you find the images beautiful as well as educational. Will Callender Photographer 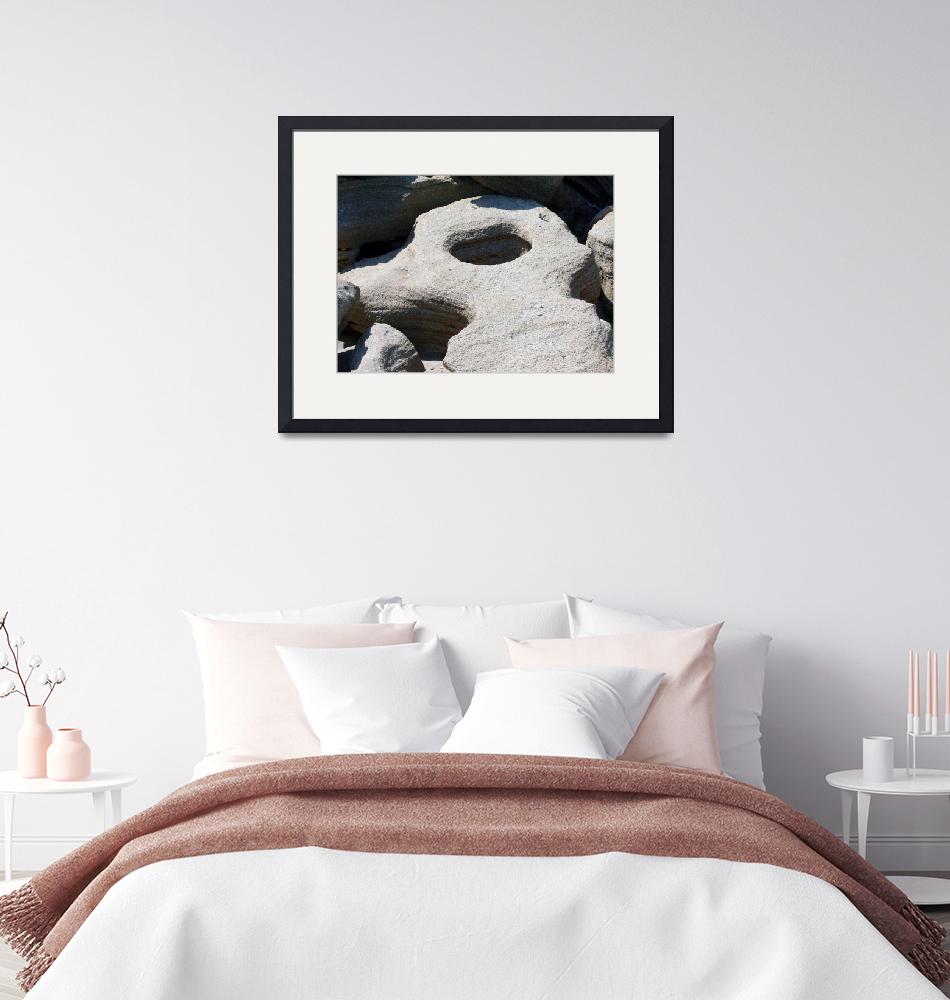