Availablity Usually ships within five business days.
Artist John Armato Pro Member
Collection Music
Description This print is a recreation of an original handmade piece created by the artist's father. The untitled original by Frank Armato was a quintessential example of do-it-yourself art from the mid-century modern era and survives today only in a fuzzy black and white photograph; it also served as the original inspiration for John Armato's development and pursuit of 'digital marquetry,' using high-resolution scans of wood grains rather than the actual hand-cut wood veneers his father used.Wood veneer wall art was popular during the 1950s and 60s. Artists would cut exaggerated shapes from different hues and grains of wood veneer and assemble them in a sort of basic marquetry (similar to mosaic). The pieces were mounted, usually on textured or natural backgrounds such as canvas, linen or fiberboard. The finished art was framed simply, usually without mats or glass. Subject matter reflected mid-century modern motifs such as exotic peoples, musical instruments, animals, ships and cityscapes. John Armato, a jazz drummer and mid-century modern enthusiast, is a creative strategist at an international communications agency who draws upon his early career roots in graphic design to create art inspired by those works. Using high-resolution scans of various wood surfaces, Armato draws his images on screen, creating a sort of digital marquetry. Dad's Trio is characterized by the minimalist composition and simple shapes that are common in mid-century art. It is recreated here in a son's tribute to his father.
Add to Cart
Popular Configurations 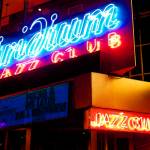 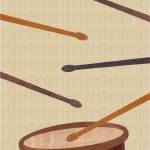 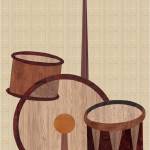 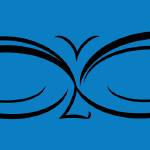 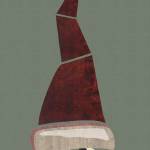 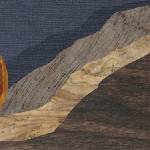 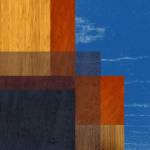 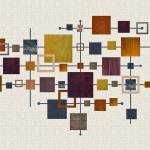 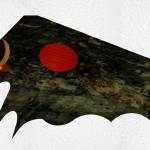 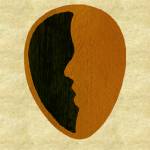 He focuses on "Midcentury-Minded Digital Marquetry," using high resolution scans of wood grains to create images that are reminiscent of the popular DIY veneer wall art common in the Midcentury Modern era.

In addition to midcentury modern architecture, art and design, Armato is heavily influenced by his parents' artistic pursuits. His father is a accomplished watercolorist whose paintings hang in private collections around the country and sell in galleries in Kansas City, Missouri. His mother is a talented interior designer.
Read More
Community
Comments
Catalog Details