Availablity Usually ships within five business days.
Artist Alexei Antonov
Collection Paintings
Description The envelopping by the heat of gold ancient lampshade flows light to the ripe rose, it hardly noticeably rocks from those flying is by butterfly. Jug and table top entirely from another lasting peace
Add to Cart
Popular Configurations 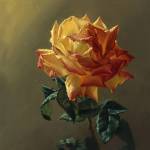 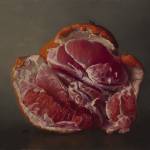 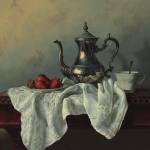 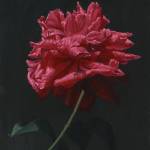 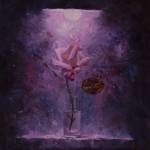 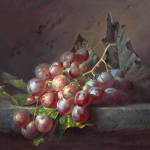 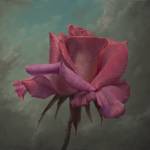 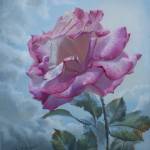 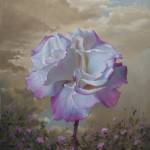 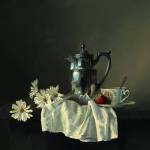 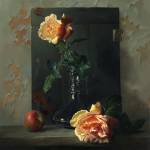 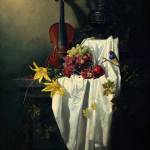 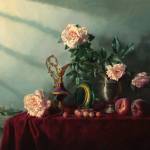 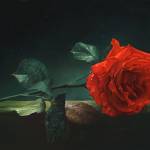 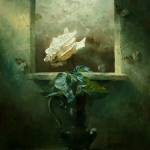 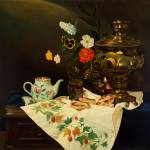 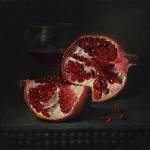 Alexei Antonov, Mukilteo
Member Since February 2010
Artist Statement I was born in Soviet Union in 1957, and I've been trying both hands (I'm ambidextrous) at art ever since. I can remember my self from the age of two, and when I was three, I was the terror of my mother's make-up kit, as I loved to draw murals on the wallpaper with her lipstick. All through my childhood I continued drawing, and in high school, though I left much to be desired in my other classes, I excelled in art and singing. I think that I was not a good student in other areas, because I prefer to teach than to be taught. Eventually though, I learned to learn.
In 1972 I entered the State Art College in Baku, where impressionistic, realistic, and abstract painting were taught...but no classical. I joined other students in minor revolts against communism by growing my hair out, looked for hot chicks, and even studied quite a bit. In 1976 I graduated, and went to work at the Research Institute of Design in Moscow. From 1986 to 1990 I lived in Moscow and worked as a graphic artist and illustrator for magazines published by the main Russian Press Agency, "Novosti" (News). I also designed posters for leading pop singers and rock groups during this period of time, but my most important work was the active and attentive study of the technique of the old masters such as Rubens, Van Dyke, and Snyders.
I left Russia for the first time in 1988, when I visited Italy to study the paintings in the museums and exhibit some of my own. In 1989 I opened Rubens Gallery in Moscow, under the sponsorship of the central youth newspaper, "Komsomolskaya Pravda". I also took part in numerous exhibitions in Moscow, which were covered by the Russian Press.
I have been living and working in the USA since 1990.
This unique classical technique is practiced by very few artists at this time and is no longer taught in art schools. My works are in privatе collections in many countries around the world.
Read More
Community
Comments
Catalog Details