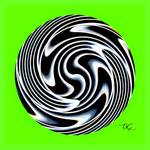 Bruce Gatten
Member Since August 2014
Artist Statement I am a 67 year old male. I began my career in photography about ten years ago when on a lark I purchased a cheap $25 camera at Walmart. This was a 35mm and it was the first camera I owned. I do not have any credentials from the art world as far as training or education, whether in art or photography or computer is concerned. I am completely self-taught as I was pointed toward a pc by a local librarian, shown this thing called a mouse and I was on my way.
A fellow co-worker advised me to get a digital camera as that would save money. After poking about on the internet photography websites, I more or less arbitrarily decided to buy a Sony Cyber-Shot. When a parcel arrived in the mail with the camera inside, I tore open the package like a child on Christmas morning with the pride of a new owner, eagerly accepted this present from the cosmos and tenderly lifted my new arrival out of the box, proclaiming, “Come to Papa,” as I welcomed a new entity into my life.
By the slow process of trial and error, I learned the tricks of the trade while exploring free downloads like Picasa and IrfanView. I worked with these two programs for years until recently. I have been using Pixlr and Serif’s DrawPlus.
It has been a labor of love. For a long time, I refused to sign my pics for fear of displaying too much hubris and false pride. But eventually I entered my work in local galleries around town and have had several galleries accept my work in juried, judged exhibits.
I allow my art to directly express the unfolding of the self within the context of the shadow personality as enunciated by C.G. Jung, the famed Swiss psychiatrist and theorist. “Manifesting the shadow” means allowing the negative demoniac side of the personality to dominate for as long as it takes to artistically portray the emotional state which has been experienced by the psyche. In other words, the guiding spirit of a piece of art work may be ghastly and ghoulish but it allows the real spirit of the soul freedom as soon as the demoniac urge to destruction is satiated The monster then goes under the bed to lay quiet until she is to be used again for creation. Thus, the cycle of creation begins, is maintained and is destroyed all by the Divine forces present in the universe which are available for the creative person or artist. But if the shadow, the negative personality within the psyche is denied and suppressed, the shadow will react like a bear trap snapping up its victim, and there will be a negative and even more destructive and dangerous reaction. The resulting confusion is a matter for psychoanalysis.
Community
Comments
Catalog Details
Product No 6012100
Subjects
Style
Medium
Tags Bruce, Gatten