The actual promotion poster originally created for the book of the same name - now hanging in the historic Hotel Blaue Ecke (www.blaueecke.de) located in the heart of Adenau, Germany, just north of the 'ring. It shows a detailed, full color aerial image of the entire Nordschleife as well as the Grand Prix Strecke and includes all major and minor bend names as well as the Bilstein sponsored kilometer sign-posts. A must for the Nrburgring collector. Looks best with 'photo glossy paper'.

Built in 1927, high in the Eifel Mountains around the ancient village and castle of Nrburg, the exceptionally long Nrburgring was originally conceived to provide a showcase for Germanys auto racing talent. For 50 years, ring fever continued to grew, and the Nordschleife (the northern loop) would become the most famous Grand Prix circuit in history. Sadly, Grand Prix racing ended forever on the ring when suspension failure on Nikki Laudas Ferrari led to his terrifying crash in the 2nd lap of the 76 German Grand Prix.

Although several car racing series still compete on the Nordschleife today, the main reason it remains the ultimate enthusiast drivers destination is the simple fact that since 1927, the Nordschleife has remained 'open' for driving by the public. When the track isn't closed for an event or testing, any licensed driver with a road-legal car or motorcycle can experience Jackie Stewarts infamous Grne Hlle (Green Hell) for only 22 each lap. 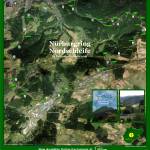 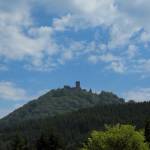 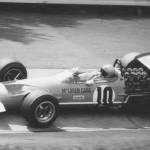